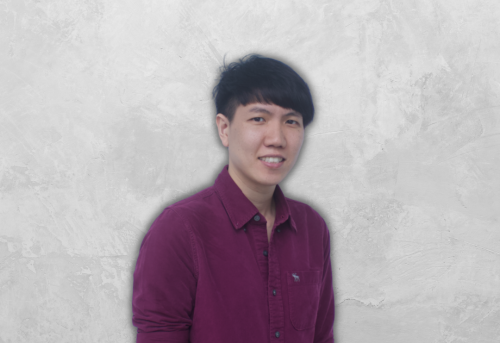 Before I knew Christ I was an agnostic who had really bad experiences with abrasive Christians who were very passionate and forthcoming about their faith.

Everytime a Christian talked to me about their faith, it felt as if I was being judged. It felt as if they were taking the opportunity to share about how righteous they were and how lousy I was as compared to them. I also went for services that preached about certain beliefs that I felt could not be true. I recalled sitting through a service where a pastor preached about how a congregation should look to their pastor to see God's blessings. The pastor mentioned that if he was well to do, it was only a matter of time before the congregation feels God’s blessings - because anointing starts from the head before flowing down to the rest of the body.

While sitting through the sermon, I just felt like Christianity was a scam designed to trick unsuspecting victims into giving up money for someone's personal gain. However, that all changed when I met this girl while I was studying in NIE to become a teacher. She was humble and always keen to listen. We shared many conversations on what we believed in and she was always respectful even though at times, I was not. I became curious. What made her so different from the other Christians I had met in the past. I guess it didn't hurt that I was also romantically attracted to her at the time. I remembered the day when I confessed my feelings. At the time, the feelings we had for each other was mutual, but she couldn't see herself dating a non-Christian, so, she politely turned me down. I could not believe it. I was heartbroken but at the same time, I could see her deep love for God.

Well, I didn't give up. I told her I'd continue to seek and should I ever truly believe in Christianity, I would ask her out again. I started attending church service and we even went for a book club which gave me a great platform to clarify my doubts and learn more about God. I can still recall how I came out of each session understanding more about the character of Christ and how wonderful a God he is. Everytime I shares my epiphany with her, she would even get all worked up and argue that she had shared the exact same things with me in the past. Looking back, I guess this was truly a divine revelation. Through this experience I now truly understand the meaning behind Matthew 7:7, Ask, and it shall be given you; seek, and ye shall find; knock, and it shall be opened unto you. God does not reveal his truths until you truly desire to want to get to know him.

Well slowly but surely I got to know more about Christ. I believe the tipping point was when I read the Alpha book. it quoted an example on how two childhood friends were separated when they were grew up. One of them became a respected judge and one day during one of his trials, he looked up and saw his dear friend. His heart went out to him. He wanted to absolve him of all his crime. However, that wouldn’t be right. It wouldn't be just. He gave the appropriate sentence of a $100,000 fine. An amount that the judge’s friend would never be able to pay. After completing the sentencing he went down the podium, to his friend, took out his cheque book, and wrote his dear friend a cheque for $100,000. The judge knew that letting his friend escape the law was wrong but out of love, he paid off his debt. This story mirrors Christ. Only now, in this case, it is to a much greater degree. The wage of sin is death and knowing we could never pay for our sins. God made the ultimate sacrifice. He sent Jesus down to earth to die for us. Clearing off all our debt and setting us free from sin. I always questioned why God needed Jesus to come down to earth to die for our sin. I mean, he's God. I thought he could just snap his fingers and make our sin go away. Through this story, I finally understood why. Because God is just, and also because God is love. After reading the story I cried my eyeballs out. I was moved to tears. The weird part was, I had even read the story before. That was the day I accepted Christ. That was the day I was born again.

Since then, my life has changed 180 degrees. I yearn to know more about Christ. To lead a life worthy of being called a child of God. I see aspects of my life changing. I used to be really abrasive to people who have wronged me. I recalled shouting vulgarities at a van driver who did not slow down at a zebra crossing. However, now that I have come to accept Christ, I no longer have such tendencies. The desire to do so has disappeared completely. To me, there can only be one reason for this change.