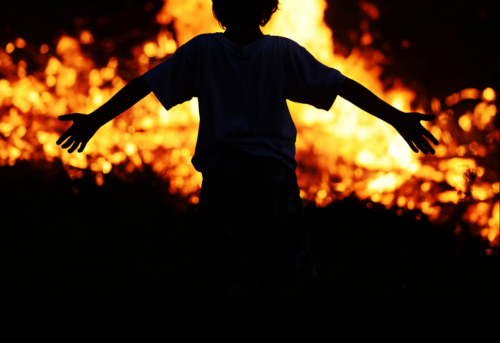 Three teenagers were thrown into an incinerator to be murdered. But miraculously, they survived the thousand-degree heat. They emerged stronger, better and with fireproof faith. This is no fictional story of mutants or superheroes. They were regular people and friends of the prophet Daniel. Their names were Shadrach, Meshach and Abednego.

In exile and under the reign of the foreign King Nebuchadnezzar, the captive Israelites were forced to worship a colossal statue of the King. But 3 Jewish teenagers refused to, because they only worshipped the one true God of the Bible.

When summoned before the furious king for their disobedience, their response was courageous. “We will not serve your gods or worship the golden image.” (Daniel 3:18) In perspective, their fireproof faith held up against the most powerful man on earth. Their confidence rested solely on God, who is All-powerful and mighty to deliver. According to Daniel 3:17, the teenagers said: “he will deliver us out of your hand, O king.” But amazingly they went further and said, “But if not…we will not serve your gods…”.

Their faith was uniquely displayed in their willingness to obey God, even if God allowed them to perish. They understood that the ways of the Lord are unknown, and that faith is to accept that whilst He can do it, He may choose not to. Although God can indeed deliver anyone, He does not deliver everyone. A fireproof faith is believing that God can but does not presume that God must.

If you’re suffering from a serious illness, a fireproof faith can say, “I know God is able to save me but He may not. It makes Him no less of a God to me.” If you’re unemployed, a fireproof faith can expect God’s provision of your desired job. But even if He doesn’t, that faith is confident that God makes no mistake. He will provide for your needs.

Friends, God’s considerations are far greater than ours. His ways are holier than our own. May our faith be one that believes God can, but never presume God must. He may not give us all we want, but we can trust all He wants is best.