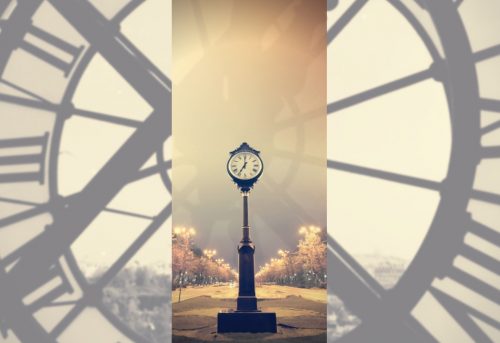 Time travel to catch a glimpse of the future has caught the imagination of popular culture, stories, and movies for decades. Still many of us want to know what the future holds in store for us. We want to know what happens to us, our families, our church, our nation, and our world.
God already knows the future. But more than that, He determines the future. His plans have been set in place since the beginning. The Bible speaks of this as the foreknowledge of God. God's foreknowledge is pre-determination or fore-ordination. It is not merely foresight (knowing something will happen in an exact way), it is fore-ordination (determining something will happen in an exact way). The Bible tells us that foreknowledge is applied to the salvation of man. He foreknows who He will save. It is not predicting who will believe, and then working to save him or her. No, it means He has fore-ordained or pre-determined who would be saved. Romans 8:29-30 says, "For those whom he foreknew he also predestined to be conformed to the image of his Son, … And those whom he predestined he also called."

It is initiatory, not reactionary. Romans 9:11 says, "though they were not yet born and had done nothing either good or bad-in order that God's purpose of election might continue, not because of works but because of him who calls." Also, Romans 9:15-16 says, "For he says to Moses, "I will have mercy on whom I have mercy, and I will have compassion on whom I have compassion." So then it depends not on human will or exertion, but on God, who has mercy."

God is a sovereign God. He has no plan B. All His works and purposes will be fulfilled, exactly the way He determined it even before time. What an assurance to rest in his perfect plans.