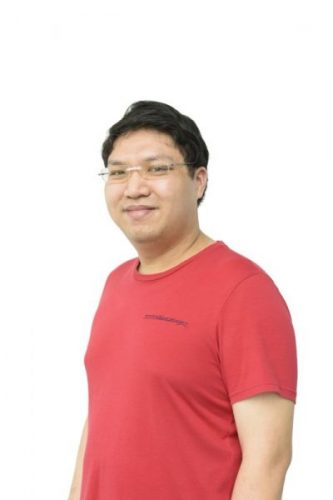 My mother and I were first invited to Gospel Light by a church Elder. After attending for several months, I raised my hand in response to an altar call. Two brothers approached me with a gospel tract after the sermon and shared the gospel. It was at that time I decided to place my faith in Jesus.

In the next few months, I noticed my character change. The frequency of my anger spurts reduced. I also started to see the value of living for eternity rather than for the moment. But one of the greatest test of faith came when God placed a burden in my heart to serve in campus ministry in university. I had to make a tough choice between living for God and working for grades. Like Jonah, I went the other direction and decided to spend most of my time on my studies. I thought to myself that I could always serve when I had enough A's to secure a good Honours. It wouldn't matter much once I had my foundation of A's. Unfortunately, I too was stuck in a “big fish” and did not manage to even secure 1 A.

At the time I was also approached by my friend to serve as a bible study leader for my 3rd year and that was when I had to make the toughest decision ever. Should I continue to depend on myself or God to faithfully provide what I need? After much prayer, I surrendered my life to His Will. I'd have to admit that the last 2 years of my career as a student was many times fulfilling than my first 2 years. I was given the opportunity to regularly grow in His Word and I got to know many brothers and sisters in Christ who were from other faculties and serving alongside me. That was when I grew a lot closer to Him as I was also able to witness how God has impacted their lives too.

On hindsight, my decision to trust in God's Will was one of the best I have made so far. Now, I strive to live for God in every aspect of my life and it is my prayer that God will continue to use me to lead others to know and to grow in Him.