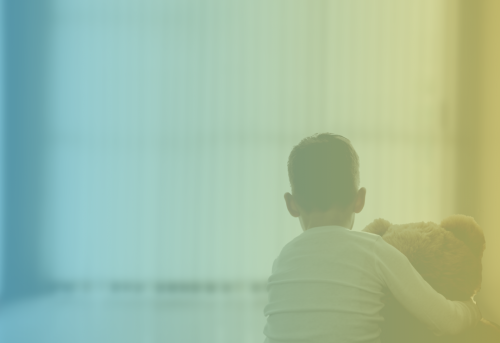 A puzzled teacher sat before two brothers, who were her new students. “I think there’s a mistake with the forms you’ve filled. How is it possible you’re both born in the same year but 3 months apart?” The older brother replied sheepishly, “It’s because one of us is adopted.” The teacher held back her surprise. She composed herself and asked, “That’s special. Can you give me a clue which of you it might be?” The brothers looked at each other and shrugged. Speaking again, the older boy said, “We don’t know. Dad and Mum have never told us. They’ve always cared for us the same.”

God has chosen to use adoption to describe the precious and peculiar relationship we share with Him. ‘..but you have received the Spirit of adoption as sons, by whom we cry, “Abba! Father!”’ (Rom. 8:15-16) Most of us cannot comprehend its beauty. But adoption is a treasured word to countless orphans. Many pass from one foster home to the next in despairing transit, awaiting the kindness of an adoptive family. Adoption is a consoling theology of comfort. It declares that you are not alone, but you were made for God.

John Piper says that, ‘The Gospel is not a picture of adoption, adoption is a picture of the Gospel.’ The spiritually adopted have been accepted into a heavenly royalty, not based on their performance, but on Christ’s. Before the foundation of the world, God decided he would generously bring the wayward into His family, at a tremendous price to Himself. This was although He had a perfect Son in Jesus and needed no other offspring. Yet like families who have natural children but in compassion choose to adopt, God extends compassion to rebels.

We are in reality all spiritual orphans, fatherless and desperate for rescue. But we’ve been chosen and not abandoned! We’ve been embraced by the Abba Father, who sought us, found us and adopted us at a heavy cost. Those who are homeless and alienated by sin can be brought into His family. In so doing, we now share fellowship and receive the same precious rights and privileges of natural children. Friends, we need a richer grasp of adoption to bring Spirit-awakened gratitude for God’s Fatherly love towards us.