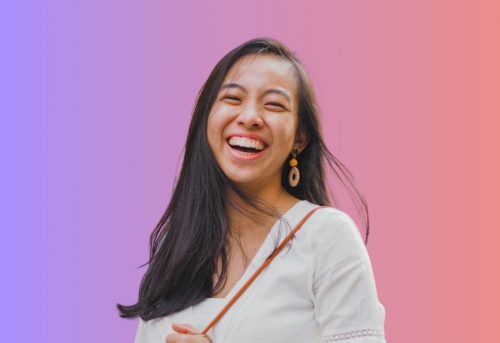 My parents were religious. I grew up visiting temples every Sunday and on special occasions. Although I never understood the meaning of the rituals and offering of incense, I participated without much thought.

I was introduced to Christianity in secondary school and started visiting church. But I quickly stopped attending, when I saw the motive was for meeting new people and making friends. Moreover, I was struggling with stress from school. I couldn’t see the point of studying so hard and struggling through academics for nothing. As I began to ponder the meaning of life, I had to examine what I believed in.

I realize that although I held to Chinese traditions and beliefs about life after death, reincarnation, and hell. I also could not see any objective truth in them. I concluded since I wasn’t willing to defend these truths, I would be open to all religions. I accepted that multiple gods could co-exist.

In Junior College, I would meet the man who would become my husband. He invited me to Gospel Light, where I started learning more about Christianity. I intended to keep an open mind about religion and only wanted to know what was different about Christianity. Initially the teaching seem just moralistic, like any common teaching on being ‘good’ that the world had to offer.

But soon I began to realize my understanding of the concept of good was significantly different from what the bible taught. I was introduced to the gospel message and was taught that God was both a God of justice and mercy, love and wrath.

At the first church camp I attended as a non-believer, I felt compelled to raise my hand and confess my faith. But fear and indecision would keep me from following through with this conviction. But some months later a friend from the church personally reached out to me. Together we studied the gospel of John over a 4-week period.

At the end of the study, she asked me if I was ready to make a decision for Christ. I struggled for hours, not sure if I could say yes. I was anxious about what this meant for my life. I knew there would be huge changes to my beliefs. But most of all it would impact my family’s traditions and how we spent time as a family. I yearned to say yes, but it was eventually the phrase, “If you take a step of faith, God will meet you at that step of faith.”

At that moment, I trusted that I only had to have faith and that God would be with me through everything else. Saying, “I don’t believe” was not an option for me, because I did believe I was a sinner in need of God’s grace, and Jesus’ death on the cross to pay for my sin.

So that night, I prayed and finally told my parents about my new faith in Christ. I felt extremely thankful, relieved, and excited. God showed himself to be faithful in not just giving me the confidence to speak to my parents, but also in softening their hearts.

God has opened my eyes to my depravity and recognized my desperate need for Jesus Christ. Only because of Jesus I am now reconciled to the one hold and just God. But God's grace I can now seek to live a life glorifying Him in every thought and deed. I thank God for calling me back to Him and giving me purpose in my life.