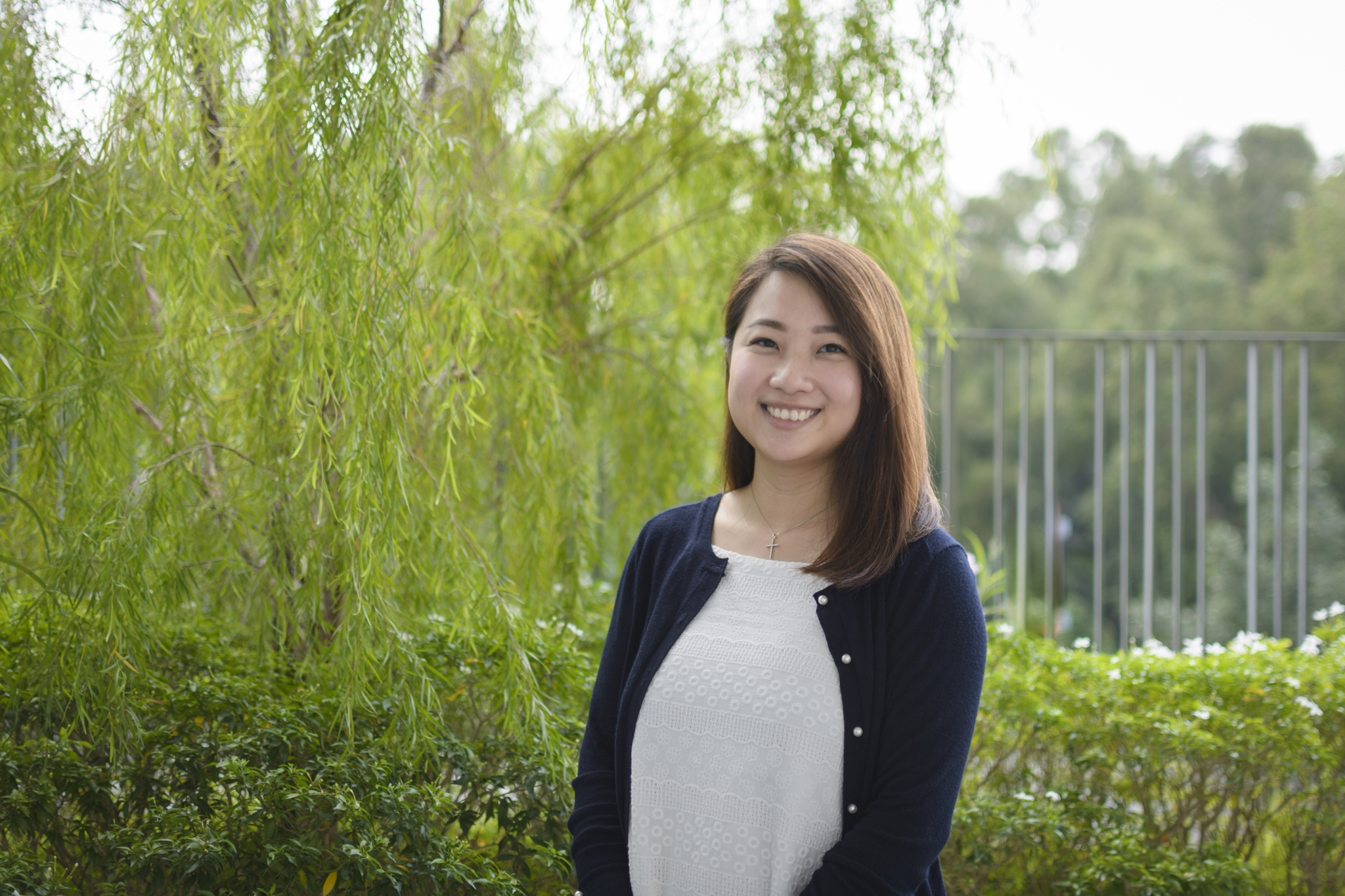 For the past 28 years of my life, I have never known God personally. I grew up in a staunch Buddhist family and followed my parents worshipping Buddha, offered food to the monks, donated money and prayed for many things – personal protection, good grades, and to excel and be successful at work. Although I was not very strong in my faith as a Buddhist back then, I was blinded from the truth. I even entered into a few debates with fellow Christian friends, upon knowing that Christians believe the only way to Heaven is through Jesus Christ. I mocked them, as I could not believe that my dad who has been doing good works, accumulating “merits” all his life could not enter the gates of Heaven. It was just illogical to me.

In 2008, I got to know my husband (then boyfriend) who is a Christian. We struggled with our differences and eventually decided that if we want to be together, we shall respect each other’s religion and not talk about it. At that point of time, he has also stopped attending church for a couple of months. I guess it was partly because of me that he did not proceed to find another church to be rooted in. Secretly, I was happy with that arrangement, and it went on that way for 8 years. We got married in June 2016 and we lived our lives without God in it.

In March 2017. God started working in my heart. I was scrolling through Facebook one day and stumbled upon Dr Richard Teo’s personal testimony and walk with God. He was someone who had it all in life and had great financial success. However, his words rang in my mind: “on my death bed, I found no joy whatsoever in whatever objects I had – my Ferrari, the land which I was going to buy to build my bungalow, a successful business.” His personal testimony was so real to me because I was convinced that a dying man would not lie. I realized my heart was opened from that point on. I remembered being finally convinced that Jesus Christ could be real, and that was a step forward. (But at that point in time, I still thought that other gods were real too and different religions exist because of the different interpretations of god through the generations). It was also during that period, I also had a close friend and colleague who also accepted Christ in her life. She constantly shared her walk with God with me and I started being curious and asking her more questions about God. I was surprised by my change as I had been so stubborn throughout my entire life to reject God that even my husband could not even have a chance to share with me during all these years that we have been together. God has His ways to reach me and indeed He knew what was best for me.

In August 2017, I caught up with a long-long university friend of mine. We have not met in 6 years. He shared with me that he left his lucrative job in a bank and he will be going to the School of Theology. I remembered being surprised at his choice and started asking how he came to Christ and his journey with God. I thought that he must have encountered something terrible in his life that caused him to
have so much faith in God and wanting to draw closer to God, I was anticipating this climax in his story.

The Holy Spirit convicted me that day. The minute he started sharing with me his journey, I felt this huge lump forming in my throat. I actually felt like crying. I remembered being a little panicky and confused as to what I was feeling as I really did not want to cry in front of a friend I had not met in a long time. However, the climax of the story which I was waiting for never came. His story was flat, and it was a simple journey of faith and he trusted God every step of the way. When he told me that was all he had to share, I was dumbfounded. Thinking back if he were to really have a terrible experience in his life that caused him to believe in God through the process, I could have justified the lump that was forming in my throat, and probably I would not have come to Christ then. God knows best, and He knows exactly what I needed to hear to be convinced that He is indeed the truth and the light. After our short coffee session of 1.5 hours, I sent my husband a text which I never thought I would ever send in my entire life. I told him I wanted to go to a church and the next thing I knew, my tears started flowing.

From that Sunday onward, my husband and I have been attending church regularly. We are so thankful that God has been in the centre of our marriage. Even though we are not married for very long, during those days when God was not in it, we found ourselves quick to anger, quick to lose our patience and many times retreated into our own shells and refused to communicate. I am glad that God came into our lives, to mould us and shape us to be more and more like Christ. Although we are far from perfect, we have seen how He has led us to show more kindness, patience, and love to one another. Being a controlling (and more dominant) wife previously, I am glad that God has shown me the way and what my role as a wife should be. Through Him, I have learned to be submissive and watched with amazement how this simple act has improved our communication and marriage life tremendously. Now that we have experienced His unending grace in our lives, we cannot wait to live our lives purely for Him! I pray that our gaze will forever be fixed on our God, and may we continue to be steadfast in our faith and glorify Him, our Father in heaven.