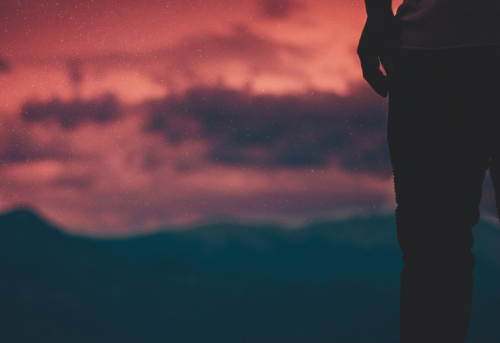 Death stalks us. Every moment is a countdown to the inevitable encounter. The days of our life are ambushed and hunted by this silent predator. But the realization of its lurking presence comes to us differently. As children, death is not a tangible enemy. It has not sunk its toxin into our consciousness. But the waking reality of loss can come through the death of a pet or a parent. We grow and we see death’s victims and we begin to feel the fatal nagging threat of its presence.

But something happens. We grow desensitized to death’s ability to destroy. The culture teaches you to embrace your finiteness – ‘A thing isn’t beautiful because it lasts’. Death becomes an empowering factor to make living our best life now necessary. We strive, we reach, we consolidate. We think we have outsmarted death with our efficiency in building possession and popularity. We are lured to believe we can have victory. But death hasn’t been defeated, it’s only been delayed by deadly distractions.

The Bible teaches that death is an enemy. It is the final enemy. From the day that it crept into Eden, the devil has used it to murder countless lives. Death is an enemy that needs to be overcome. But only one person has led the cavalry charge and stared into the face of death and won. Only one person has conquered death and now leads a revolution to call many more who will follow Him. Jesus is the first-born from the dead. He has received the death penalty for sin. But through His own death, He has conquered death. Friends, today take hold of Jesus’ words and live. “I am the resurrection and the life. Whoever believes in me, though he dies, yet shall he live, and everyone who lives and believes in me shall never die.” (John 11:25-26)